Amaya pokies are those pokies that are developed by Amaya gaming which is also now called as Star Group, It is a Canadian company that produces and offers online gaming products and services including poker, casino and sportsbook through its online gaming division, Stars Interactive. These online brands are PokerStars, PokerStars Casino, BetStars and Full Tilt Poker.

Stars Interactive, the online gaming division of The Stars Group, has licences or related approvals to operate from 17 jurisdictions and offers its products and services in Europe, North America and elsewhere. In the jurisdictions where it operates, it either maintains a local licence or approval or uses multi-jurisdictional licences issued by the Isle of Man or Malta.

The best Amaya online casinos are InterCasino, MybetCasino, BetVictor Casino. But you can find Amaya pokies at many other online casinos which are Australian friendly.

Most of their pokies are Jackpotopolis linked progressive jackpot community and also have unique table games including SHFL games. The company started out in the land-based gambling business, later expanding to online gambling. In addition to the electronic horseracing and roulette games found in many land-based casinos, another unique and innovative product to come from Amaya is a gaming tablet found in many casino hotel rooms. The tablet allows users to play many of the casino’s games from the comfort of their hotel room.

Whilst the payout percentage you will achieve on anyone playing session will be determined by just how lucky you are playing their pokies, by only ever playing the pokies which do boast the very highest possible pay-out percentages, you should get plenty of playtime from your bankroll over your long term play, but can of course win big on any one single spin you playoff.

There are serval pokies machines that Amaya Gaming have designed that have been set to return to players over the long term a pay-out percentage of a very high 97.00%, and those pokies include Frogs ‘n Flies, Lost Temple, Magical Grove, Serengeti Diamonds and The Great Casini.

However there are several other pokies from Amaya that do boast some impressive pay-out percentages and those pokies include the Chilli Gold pokies  which have an RTP of 96.90%, and the Wild West pokies has been set with a pay-out percentage of some 96.7% and over your long term play on the Angel’s Touch  pokies you will get 96.5% of your stake money back as winning pay-outs, so add that pokies to your list to play too.

A couple of other pokies machines that have been designed by Amaya Gaming that you may enjoy playing are the Aladdin’s Legacy and Bars and Bells pokies, both of them, however, come with an identical long term expected payout percentage of 95.00% which whilst not overly high in value should ensure you get plenty of winning spins over the long term.

You don’t have to like encountering either one in real life to enjoy playing this Amaya Gaming pokies Frogs n’ Flies is a 5-reel non-progressive jackpot video poky with 1,024 ways to win. Instead of using standard pay lines, any two or more matching symbols on adjacent reels going from left to right constitute a win, with 1,024 ways to win in all!

The frog is the wild symbol. It appears only on the 2nd and 4th reels. The Frogs n’ Flies logo is the scatter symbol, three of which appearing anywhere on the reels reward you with 5 free spins and 200 coins. But if you get 4 scatter symbols, you receive 10 free spins and 1,000 coins, and you’re lucky enough to get 5 of them, you not only win 30 free spins but the maximum fixed jackpot of 25,000 coins! During the free spins, bonus wilds are added to the game also, giving you even more chances to win. Even if you don’t win the big jackpot, Frogs n’ Flies is a fun game, and there are 1,023 other ways to win!

Diamond Tower is another 5-reel non-progressive jackpot 1,024 ways to win pokies. The game features a lady thief trying to get her hands on a diamond, while your task is to climb to the top of the tower so you can get your hands on the jackpot. The coin size ranges from 2 cents to $1.00, and bet size 1-5 coins multiplied by 40. The minimum bet per spin is 50 cents and the maximum is $200.

The wild symbol is the lady thief, while the scatter symbol is a giant diamond. If you get two or more of the latter on adjacent reels, that triggers the Hold N Spin Bonus where the reels with the diamond symbol lock in and you get 3 free spins. Then if more diamond bonus symbols occur on the respins, those reels lock in too and you get 3 more spins. If all 5 reels are locked in with the diamond before the free spins round is over, you move on to the Break in Bonus Game in which you are taken to a new screen with a 6 level tower.

After opening a door, you receive either a diamond or a red light. The object of the game is to avoid the red light so you can advance to the next level of the tower. A red light means the bonus feature is over and you receive the number of free spins and multiplier corresponding to the level you are at then. If you receive a diamond, you get to choose a new door from the next level and continue. If you reach the top level, you win the maximum jackpot of 10,000 coins! Or, another way to win 10,000 coins is to get 5 red sports cars lined up across the reels.

Chilli Gold is a 5-reel 40-payline progressive jackpot pokie powered by Chartwell Software. Most pokies feature different symbols as the wild and scatter symbol, but in this action-packed game, the red hot chilli really is red hot because it is both the wild symbol and the scatter symbol! It appears on reels 2, 3, and 4 only, but it can appear stacked. Other symbols on the reels are a Mexican chilli farmer, his guitar, a parrot, maracas, a donkey, and playing cards. The machine takes coins ranging from 1 cent to $1.00. Bet size is 1-5 coins per line, but you must bet all 40 lines. The minimum bet per spin is 40 cents and the maximum is $200.

Six or more chillies on the reels trigger the Free Spin bonus. The more chillies you get, the greater the number of spins, from 3 to 21. During the free spins, wild gold chilli symbols are added, which can also be stacked, giving you more chances to win. The game has a fixed jackpot of 5,000 coins. The prize is yours if you get 5 chillies lined up on the same payline.

This popular progressive jackpot game comes in three versions, all sharing the same bonus game and jackpot pool. The first is a 3-reel poky with flashy symbols like diamonds, watches, sports cars, and yachts. The second version is a 5-reel 9-line video poky. Three or more scatter symbols will open up the bonus game which will give you a chance at the progressive jackpot. The third version is a 5-reel 20-line poky. In this game, you will also need to get 3 scatter symbols to advance to the bonus round and a chance at the big jackpot. Past winners have not just gained entry into the Millionaires Club, but the Multimillionaires Club! The highest win to date was in 2007 for over 6 million euros!

Jackpots that are machine specific vary based on the type of machine and game from 1,200 coins on the 3-reel pokies to over 100,000 on the 5-reel pokies with many paylines. In addition, Amaya Gaming offers a linked progressive jackpot community called Jackpotopolis where the jackpots are much larger, up to several million dollars. The Jackpotopolis games can be played in 24 languages with a choice of currencies and banking methods. 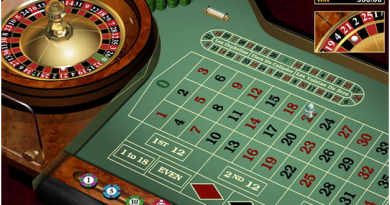 How to play High Limit Roulette? 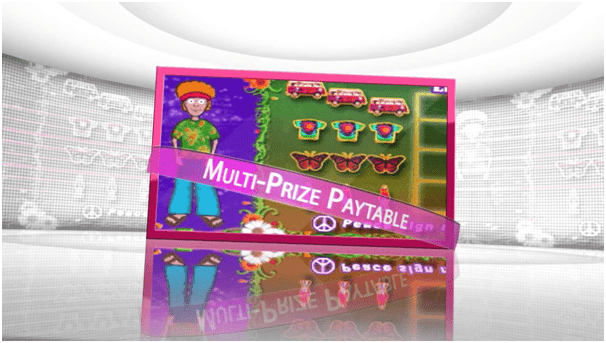