It is not only the game of Blackjack or Baccarat that is loved by high roller players. In fact casino war is also a popular game liked by the ferocious whales at the casino. Casino war is not a kids game for them but a simple straightforward and fast paced game with not much of complexity.
Many casinos online offer these days casino war games from brand software developers such as Playtech, Cryptologic, Net Entertainment, Sheriff Gaming, RTG and Microgaming. RTG or real time gaming is popular in almost all countries as online casinos love to have their games in their listing.
RTG offers bet limits of $1 to $100 on their regular tables, but allows $500 bets on their high roller games. Punters used to high limit games at online casinos might find those $500 a pittance
High limit casino war online might provide players with slightly better rules than you would find at the low dollar tables, though this isn’t assured. Casino war has been described as the simplest of card games. Such simplicity makes it more difficult to find new ways to lower the house edge, though higher payouts on the tie payout or tie bet do the trick. Either way, casino war offers an average house edge of about 2% without requiring many strategy considerations at all.
The house edge in casino war ranges between 2.06% for 1 deck games with a bonus to 2.34% for 8 deck games with a bonus. If you have no bonus, then the 1-deck game has a 2.42% house edge and the 8-deck game has a 2.90% house edge. If you choose to surrender, then the house edge increases 0.88% for the 1-deck game and 1.39% for the 8-deck game.
As house edge is over 2% for every $100 you wager, you should lose about $2. If you wager $10,000, you can expect to lose $200. The results can deviate significantly from the theoretical advantage the casino has. For instance, you might have one person at a table who wins back all $100, while another loses $4. Yet another might win $105 for every $100 spent, while another might even out the average by only winning back $91 for every $100 spent.
Just because you’re a high roller, that doesn’t mean you have to play in a hurry without knowing the consequences. As a high roller you should play for the thrill of the game, but play for the smallest amount which gives you an adrenaline rush. It is to understand that with most people, putting $5,000 on the line is just as impressive as putting $10,000. Don’t try to impress the casino staff, because you have seen somebody spend more. Play for yourself, but be smart about it. Finally, never surrender. Always go to war, because this increases your payback percentage between 0.4% and about 1.0%, depending on how many decks are being used.
Casino war was not one of the first games converted over to live dealers. Blackjack, roulette, and baccarat seemed to be the first games with live dealers. Craps sometimes is included on certain sites. Players are less likely to find casino war, though it should be one of the next to appear in the live format. The rapid play makes it profitable from a casino’s perspective, while the house edge just over 2% makes casino war a better play option than most of the games out of those already being played live.
In online gaming you might find being a high roller special player being not that advantageous like in a live dealer game. Live dealers puts you back in personal service, so you interact with a real live dealer. Once you’ve played at their live casino for a while and built up some rapport, ask for special comps and cash back or other offers from the dealer’s pit boss, with whom you can interact online, too.
Casino war is a excellent choice for a high roller who doesn’t want to learn a lot of strategy. This game is loaded with great fortune to grab, as your wins or losses are entirely dependent on the order of the cards as they’re drawn at the table. Remember the most important tip of this game that is to never surrender and always go to war. 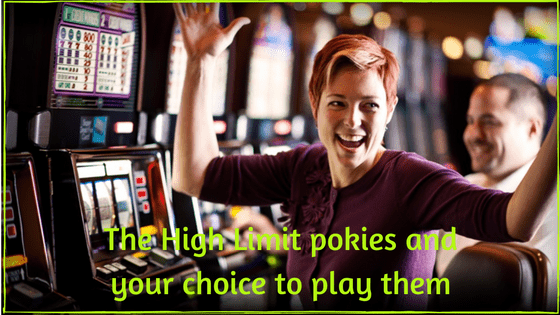 The High Limit pokies and your choice to play them 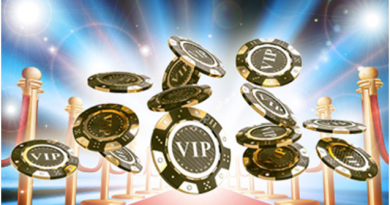